Activision Blizzard Stock: Why ATVI is a good pick in COVID era

There has been a steady increase in the consumption of online content ever since the coronavirus forced people to stay indoors. Activision Blizzard, Inc. (NASDAQ: ATVI), the maker of popular games like Candy Crush, is one of the beneficiaries of the COIVD-induced movement restriction.

The Call of Duty Saga

The Santa Monica, California-based game publisher is all set to launch a new version of its flagship franchise Call of Duty, tentatively in the fourth quarter. The yet-to-be-named game will be made available on old and new-generation consoles, to offer users a seamless gaming experience.

Market watchers are bullish on the growth prospects of the stock and unanimously recommend investing in the company. It is widely expected that the shares would shrug off their current weakness very soon and return to the growth path — to gain as much as 44% in the next twelve months. In short, ATVI has what it takes to create handsome shareholder value.

Activision’s earnings mostly exceeded Wall Street’s estimates during the pandemic so far, which is a testament to its resilience to the crisis. In the June quarter, sales grew about 20% from last year to $2.3 billion, driven by the continued strength of the core Digital Online business that registered double-digit growth across all geographic segments.

“Our team continues to enhance the game building on learnings from player data and leveraging over 15 years of Call of Duty content to deliver increasingly compelling content and driving greater player investment over time. As we build on this momentum, we recently added new social game play to the title and have new mode, map, and seasonal events planned for the second half of the year.” 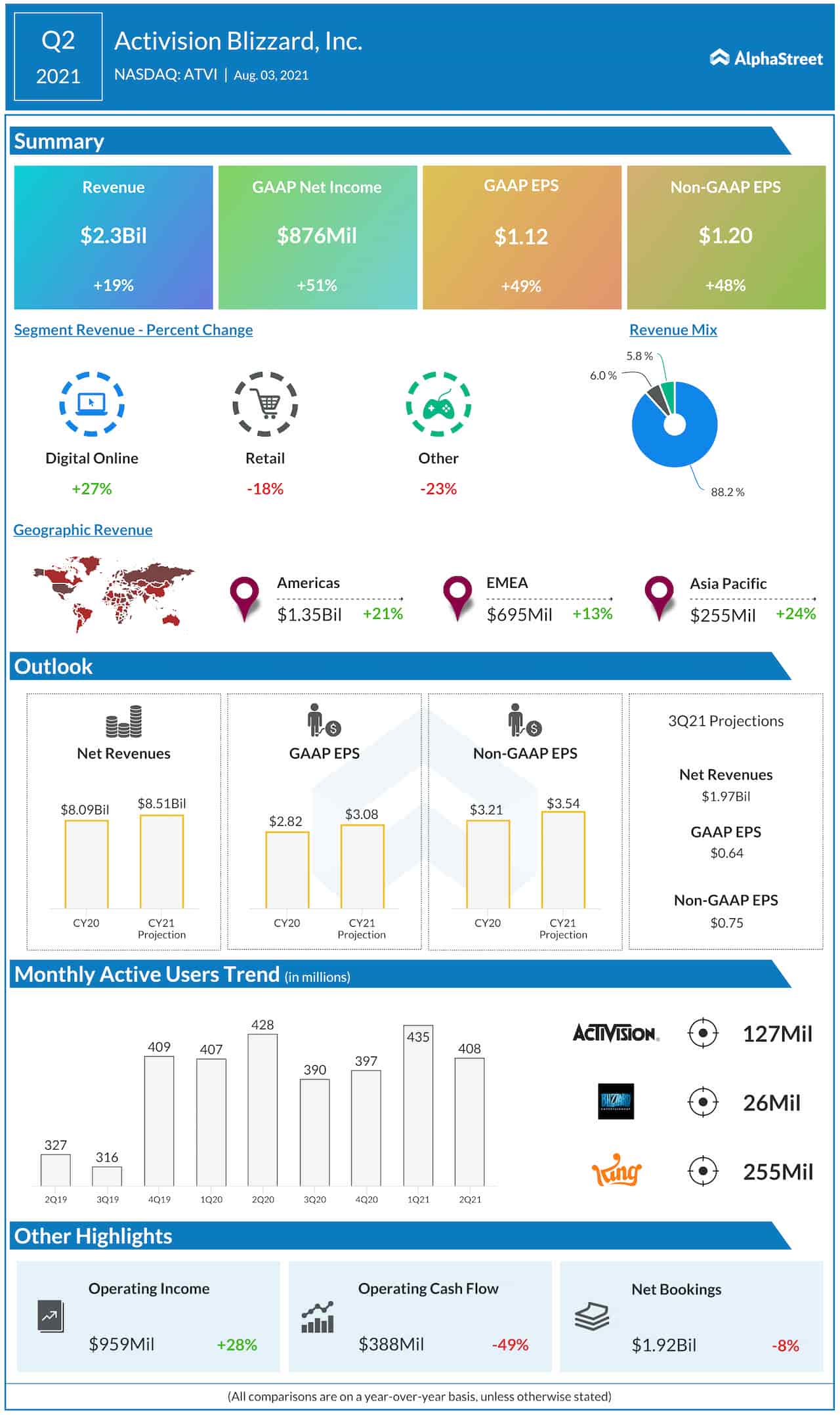 The buoyant demand conditions and new game launches should contribute to revenue growth going forward. However, there are concerns that the market reopening would once again change people’s content consumption habits, reversing a part of the current momentum.

Of late, the company has been generating the lion’s share of its revenue from in-game content, rather than game sales, suggesting stronger player engagement. Call of Duty expanded its user count sharply in the recent past and downloads reached record highs, which in turn contributed positively to cash flow. Encouraged by its success, the management is planning to replicate the Call of Duty model in other games.

Meanwhile, the head of Blizzard Entertainment Allen Brack made an unceremonious exit from Activision Blizzard this week, following allegations of improper behavior at workplace. He will be replaced by senior executives Jen Oneal and Mike Ybarra.

Top gaming stocks for your portfolio

The harassment scandal took the sheen off the impressive second-quarter performance and Activision’s stock dropped Tuesday evening. After climbing to a record high in February, the stock had pulled back and experienced fluctuation. The shares lost about 11% since the beginning of the year and often traded below their long-term average.