Boeing (BA) looks poised to gain altitude this year, but at a slow pace

The aviation slump triggered by the virus-related travel restrictions could not have come at a worse time for The Boeing Company (NYSE: BA), which is already struggling to recover from the widespread MAX 737 groundings. The overall impact on the firm has been much bigger compared to the COVID-related troubles of its arch-rival Airbus.

Boeing’s stock is yet to meaningfully recover from the pandemic selloff that dragged it to a multi-year low in early 2020. It had a positive start to 2022 and recouped a part of the recent losses in the early weeks. But the recovery proved to be short-lived as BA suffered another fall last week ahead of the earnings. The current valuation is favorable from an investors’ perspective, so market watchers overwhelmingly recommend buying the stock.

It is likely that the 737 MAX tragedy would have a long-lasting impact on Boeing’s finances, adding to the huge loss it has already suffered directly and indirectly. Though regulators in many markets have cleared the aircraft for resuming flight, it would be a long time before operations return to normal. A setback of such proportions comes at a price and the related liquidity crunch resulted in the company’s debt becoming bigger. That does note bode well for shareholders since the weakness in cash flows affects dividend payments and share buyback program.

Airbus, the only other commercial aircraft manufacturer, might overcome the pandemic blues quicker than Boeing and that gives the former an edge — evidenced by its comparatively higher backlogs. Since 737 MAX has not been cleared in China – one of the biggest airline markets – Boeing might miss out on the near-term opportunities in that market. 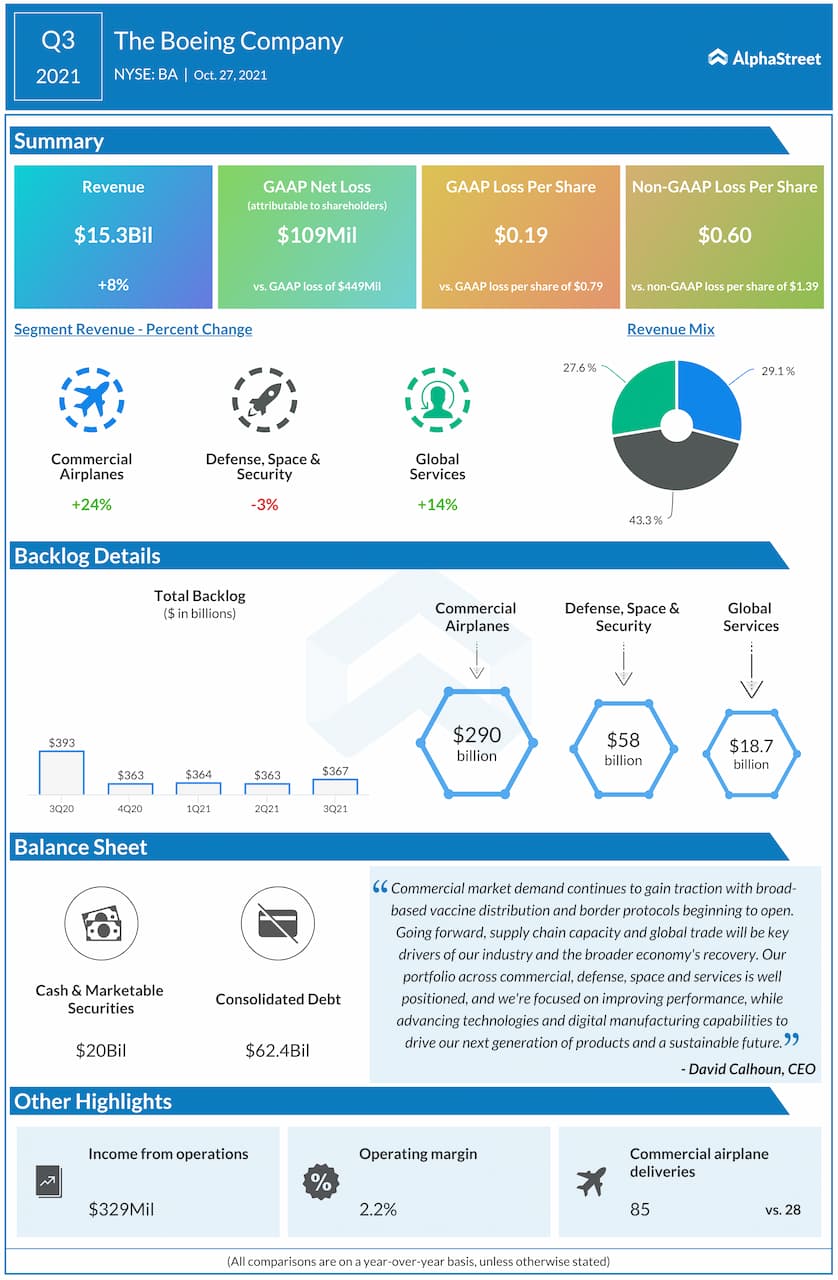 That said, the aviation industry will bounce back from the slowdown and thrive once again, even as the demand for air travel keeps increasing. The good news is that Boeing is one of the few mainstream aircraft makers that supply commercial planes in the global market.  Going forward, its growth prospects would depend mainly on recapturing the market share grabbed by Airbus after the 737 MAX debacle.

Considering the severity of the double impact, Boeing’s recovery will be slow but it is certain that the company would regain lost ground in the long term and scale new heights. In the meantime, stakeholders should wait patiently and keep a close watch on the company’s performance.

“We continue to expect passenger traffic to return to 2019 levels in 23 to 24 and then a few years beyond that to return to long term growth trend. We still see recovery in three phases, first, domestic and regional markets such as Intra-Asia, Intra-Europe and Intra-Americas flights and finally long haul international routes. We’ve seen this phase recovery translate into demand with strong 737 MAX orders this year which mainly support domestic markets.”

In a sign that Boeing is already on the recovery path, revenues increased by 8% and reached $15.3 billion in the third quarter, mainly reflecting a marked improvement in the commercial airplanes business. As a result, net loss narrowed sharply to $0.60 per share from $1.39 per share in the third quarter of 2020.

The uptrend is likely to persist in the coming quarters, due to the easing of restrictions and vaccination drive. The company will be publishing its fourth-quarter results on Wednesday before the opening bell.

Boeing’s stock has lost more than 13% in the past six months and mostly underperformed the market during that period. It traded sharply lower on Monday afternoon, after closing the last session slightly above $200.

WMT Earnings: All you need to know about Walmart’s Q1 2023 earnings results

Pinterest (PINS): Here are a few points to keep in mind if you have an eye on this stock

Shares of Pinterest Inc. (NYSE: PINS) stayed in green territory on Monday. The stock has dropped 40% year-to-date and 62% in the past 12 months. There is a mixed sentiment